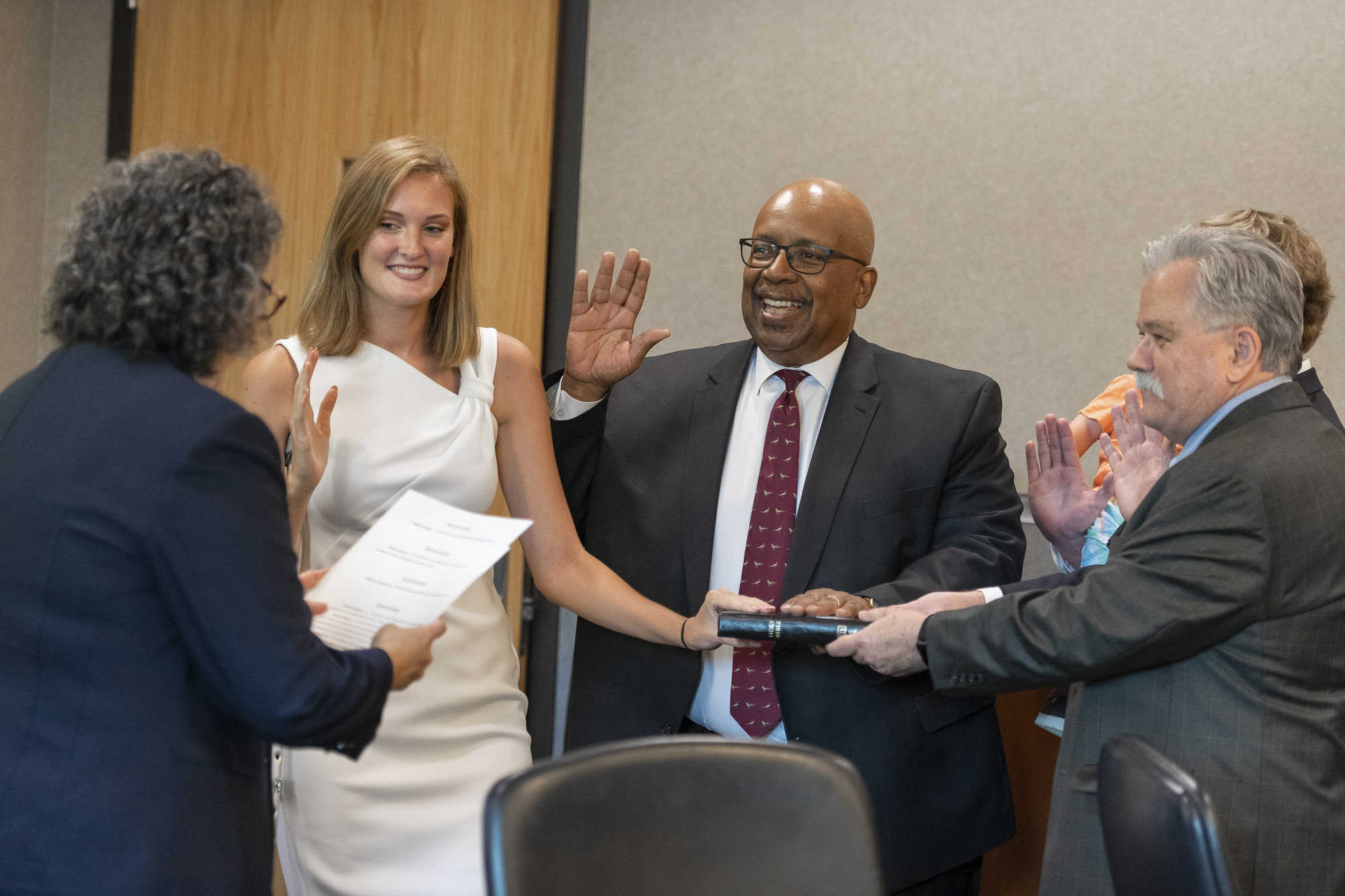 Dr. Oliver Johnson of Smithfield is the newest member of the Johnston Community College Board of Trustees.

A retired assistant superintendent with Johnston County Public Schools and current pastor of Faith Missionary Baptist Church, Oliver was appointed to the board by Gov. Roy Cooper.

“I’m excited to be here and excited to work with a great group of people and help advance this great institution,” Johnson said. 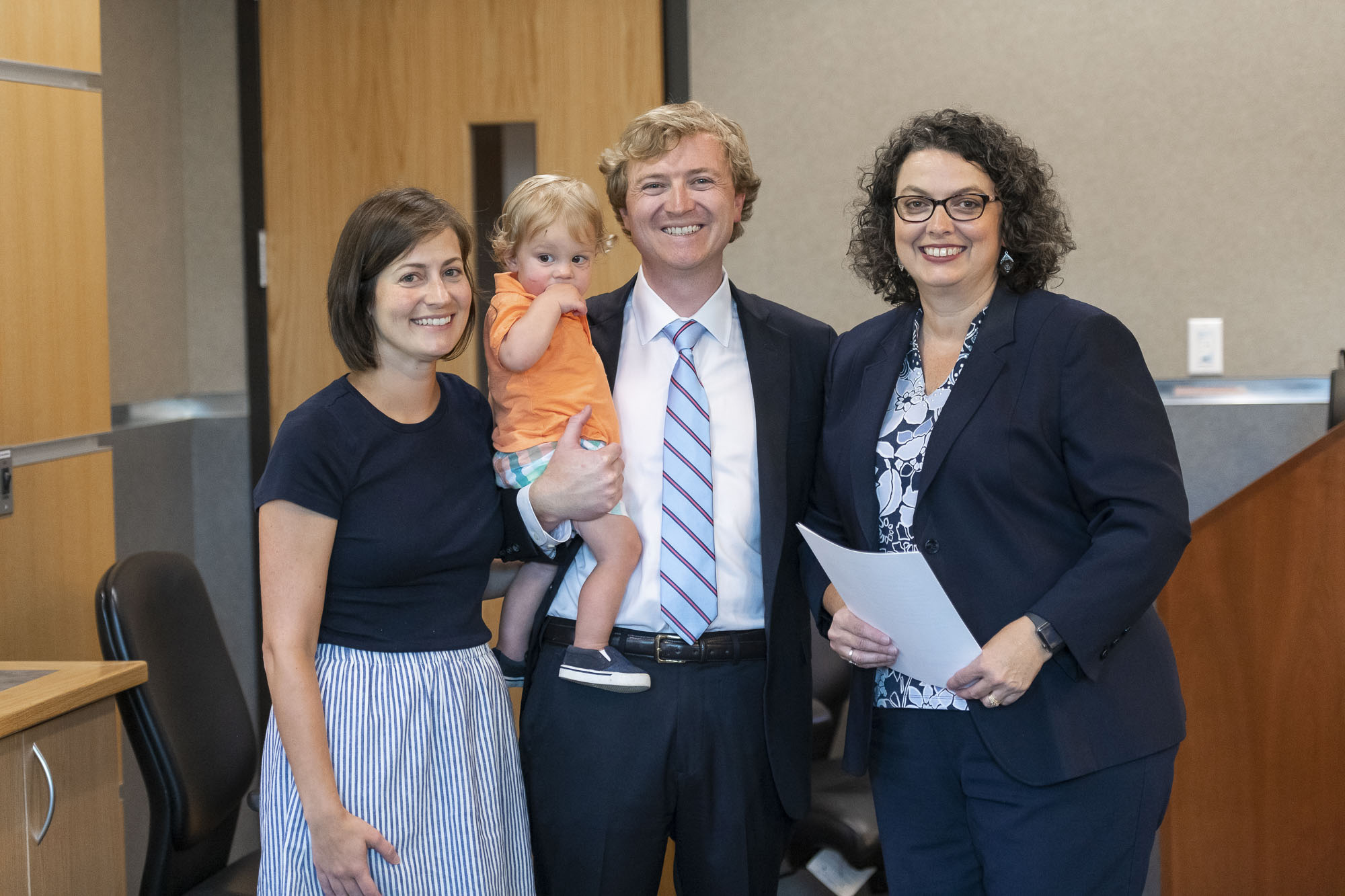 Johnson, Daniels, and Sawrey took their oaths of office July 11 and will each serve a four-year term.

JCC SGA president Heather Choate, an associate in science student, of Newton Grove is the new student trustee and will serve as a non-voting member for 2019-20.

Cut lines: From left JCC student trustee Heather Choate; Dr. Oliver Johnson; and Hank Daniels take their oaths of office. Benton Sawrey has been reappointed to a second term on the JCC Board of Trustees.